Grease by 9 Works Theatrical is back! 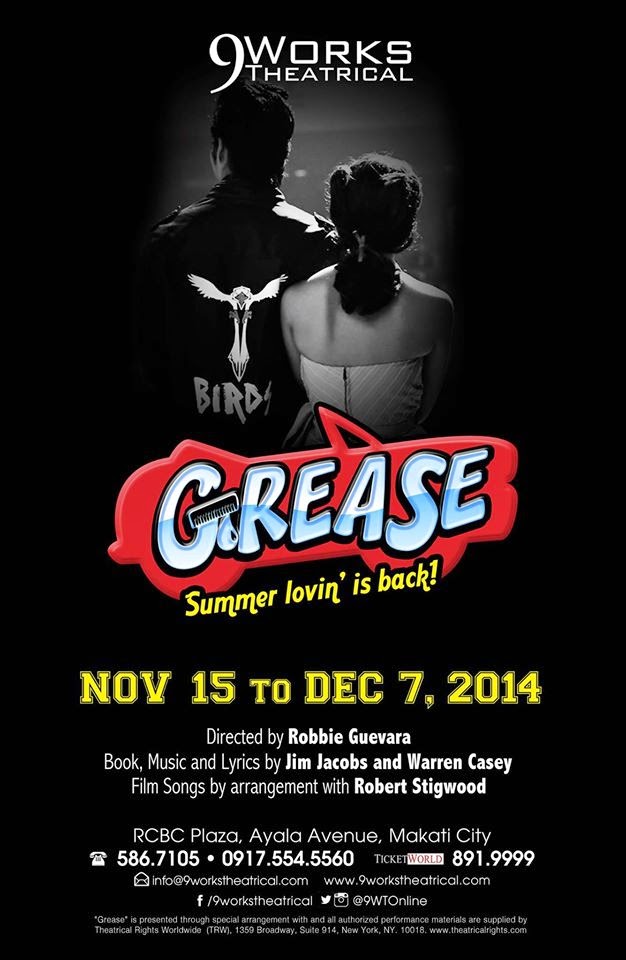 The 2013 BEST MUSICAL awardee at the Philstage Gawad Buhay Awards for the Performing Arts is at it again! And this time, with a whole new mix of new and old faces! They promise new energy and a fresh new perspective on Grease! According to director, Mr. Robbie Guevara, "Grease 2014 will be very very different from last year’s run.”

So you better watch it again this year to see what Guji Lorenzana and Tippy Dos Santos will bring on stage! And let’s not forget Ms. Antoinette Taus’ stage comeback after 10 years!! How exciting!

But just like last year, 9 Works will be bringing surprise guests to play Teen Angel who will sing “Beauty School Dropout” EVERY show!

Isn't that enough for you to go see it again this year? Or for those who haven’t, to FINALLY go see it this year?


For ticket inquiries please call TicketWorld at 891-9999 You may also email info@9workstheatrical.com

Posted by Unknown at 8:48 PM
Email ThisBlogThis!Share to TwitterShare to FacebookShare to Pinterest

Good news! Wicked flies back to Manila! Visa cardholders will get exclusive first access to Wicked tickets and 10% off Wicked tickets when they purchase using their Visa prepaid, debit and credit cards from July 25 - August 25, 2016! #WickedManila2017 #WickedOnTour #WickedFliesBackToManila